Why I Gave: Dr. Edward Mapp 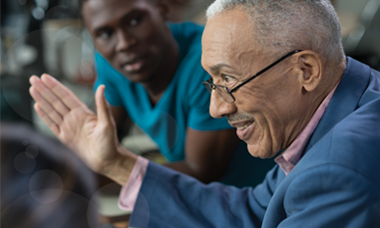 Ed grew up during the Depression and he considers himself fortunate to have been able to attend college. Upon his retirement, Ed committed himself to providing a scholarship to one student as his way of giving back. Ed feels equally passionate about public television. He feels the values of public television are perfectly in sync with his personal values. Just as he created a legacy for education, Ed has committed himself to creating a legacy for public television. By including his PBS station in his will, Ed believes he has done something great by helping to pass PBS on to the next generation.